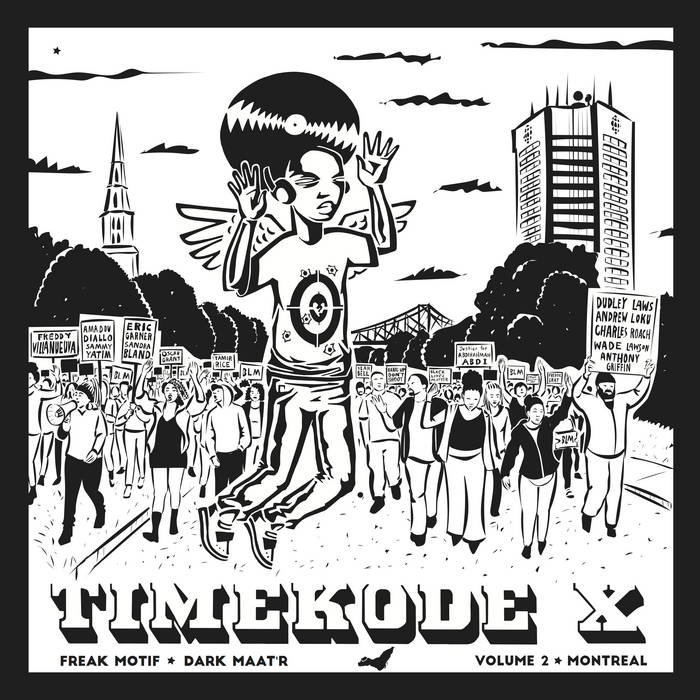 Following the international buzz of the Ottawa-focussed Volume 1, the next edition TIMEKODE's regional remix trilogy focusses on two great bands from Montreal. Freak Motif and Dark Maat'r are remixed by TK's Memetic and special MTL guest remixer, Scott C of the legendary Montreal party institution The Goods. Both songs take the listener on an unexpected journey, as they focus on the subject of state sanctioned violence by police in different ways respectively; making for a timely and thoughtful release in these troubled times. Included are alternate takes of both songs, offering four tracks with four funky perspectives on this social ill.

Starting as an idea for a monthly party to expand one city's musical horizons in '05, TIMEKODE has grown to become a movement and Ottawa's largest, longest running independent club night.

The movement is going global with the release of Vol. 1 + 2 of the critically acclaimed TIMEKODE X remix series, celebrating 10 years in the mix ... more

Bandcamp Daily  your guide to the world of Bandcamp

Cannibal Corpse's George "Corpsegrinder" Fisher stops by for an interview